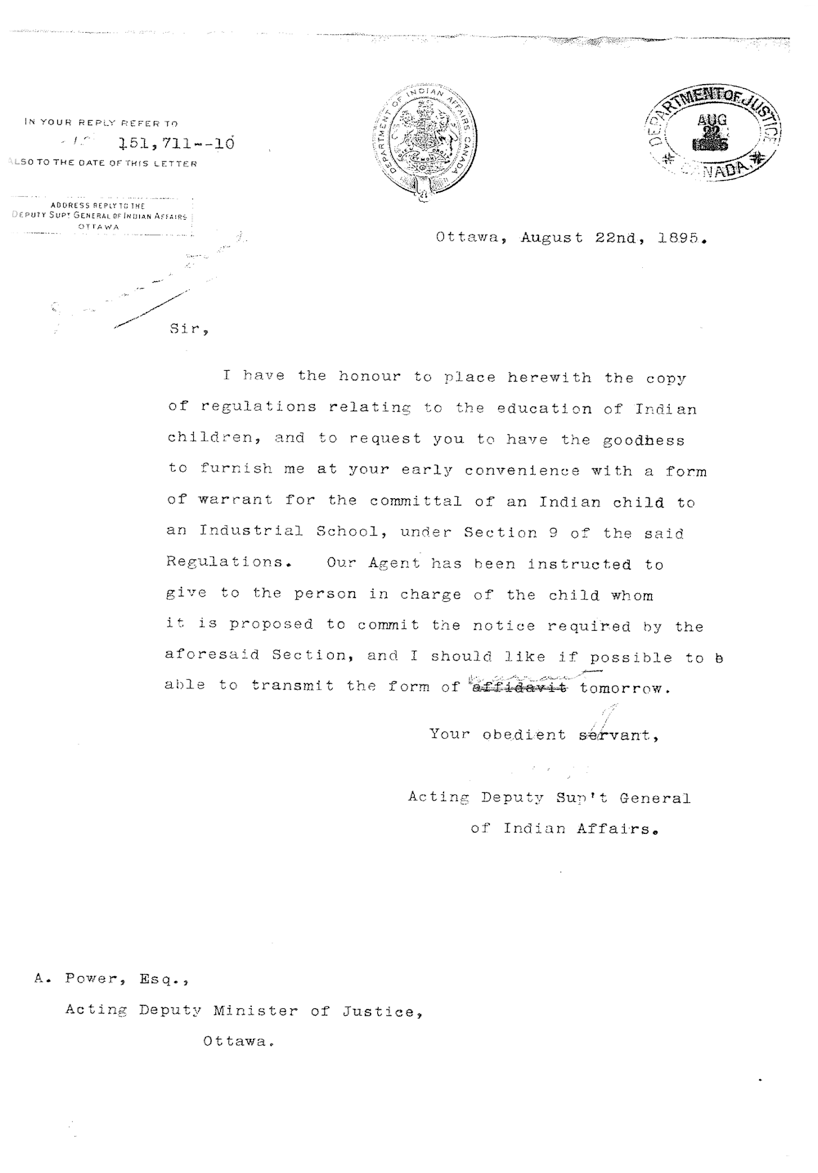 The Caring Society is working with our partners on one of the Reconciling History initiatives, a fun, free and interactive walking route in downtown Ottawa. Each stop along the route will present an opportunity to learn about the role of non-Indigenous peoples and the federal government in residential schools, and the evergreen lessons we can glean from history to address contemporary injustices experience by Indigenous peoples.

The points of interest throughout the City of Ottawa will highlight the opposing views of Duncan Campbell Scott and Dr. Peter Henderson Bryce. Both were non-Indigenous federal bureaucrats. Duncan Campbell Scott had a hand in directing the residential school system during his career as Deputy Superintendent of Indian Affairs from 1913 to 1932. Dr. P.H. Bryce was hired by the Department of Indian Affairs to serve as the Chief Medical Health Officer. He found death rates in residential schools to be between 24 percent and 50 percent per year, and that many of the deaths were preventable. Bryce called for reforms to the health and sanitation in residential schools, but Scott refused citing concerns about the $10,000-$15,000 cost. Bryce kept up his advocacy and was pushed out of public service in 1921. However, in 1922, Bryce published “A National Crime” which gave his account of the preventable deaths and his numerous efforts to get the government to provide basic healthcare to the children.

Dr. P.H. Bryce reminds us that people of the period knew better but did not do better. Bryce spoke out about the injustices for First Nations children, as did members of the public, but they were insufficient numbers to force Canada to act. The story of Dr. P.H. Bryce and Duncan Campbell Scott raises important lessons for today about moral courage.