We wish to emphasize that it is Canada, and not the Caring Society, that will be paying out and distributing this compensation.

As you may know, on September 6, 2019, the Canadian Human Rights Tribunal ordered (2019 CHRT 39) Canada to compensate certain First Nations children, their parents or grandparents who were affected by its discriminatory treatment in child welfare services since January 1, 2006 or who were denied or experienced delays in other services since November 2, 2017. Children, parents and grand-parents who are entitled to receive $40,000 in compensation include:

The parties involved in the case will determine the process to award compensation in the coming months. If you believe you are one of the children, parents or grandparents entitled to compensation, please check the Caring Society website for further information or follow us on social media (Twitter @CaringSociety, Facebook /CaringSociety, Instagram @spiritbearandfriends). We will do our best to keep you informed about the process and the compensation to which you may be entitled. 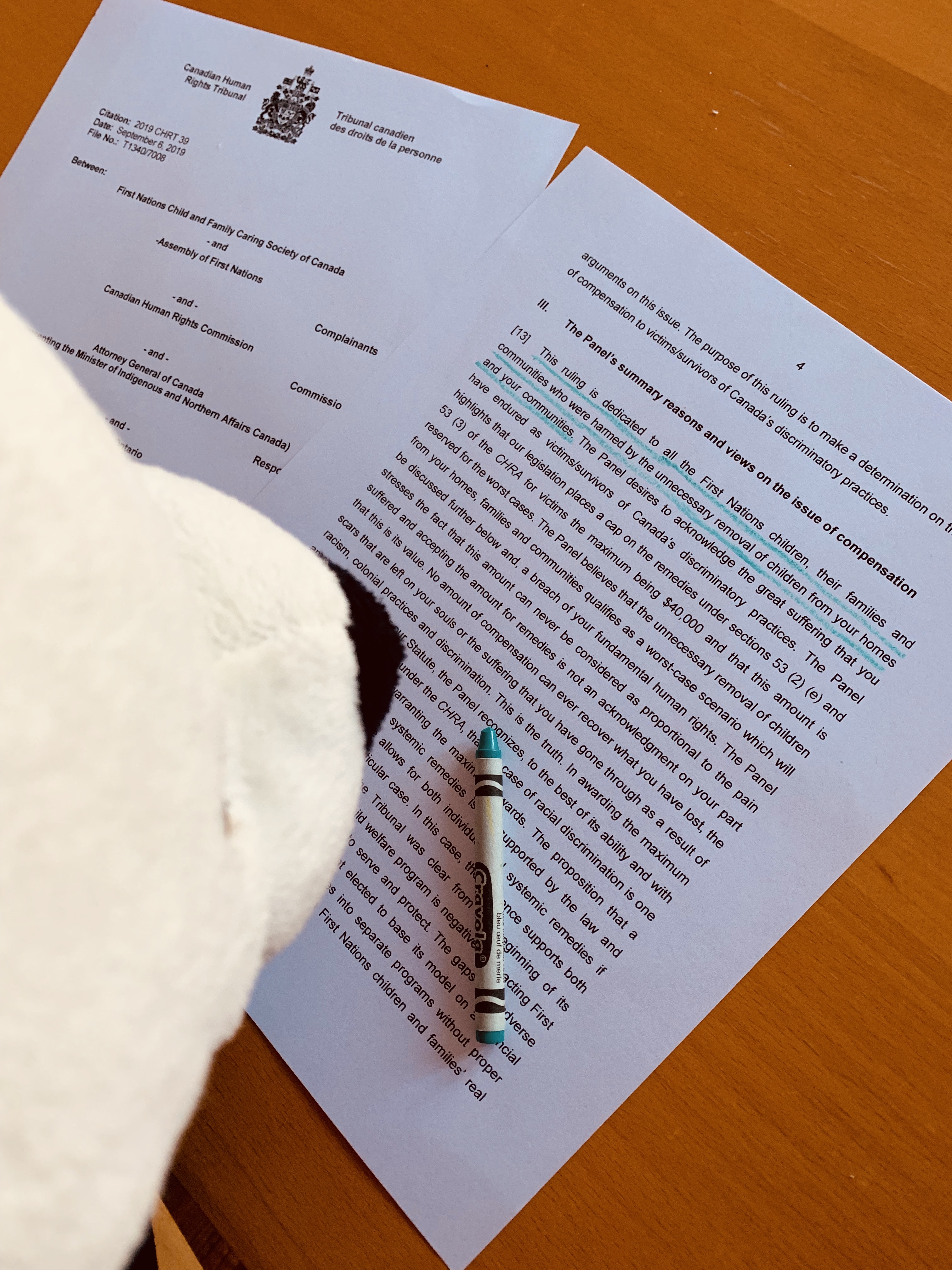